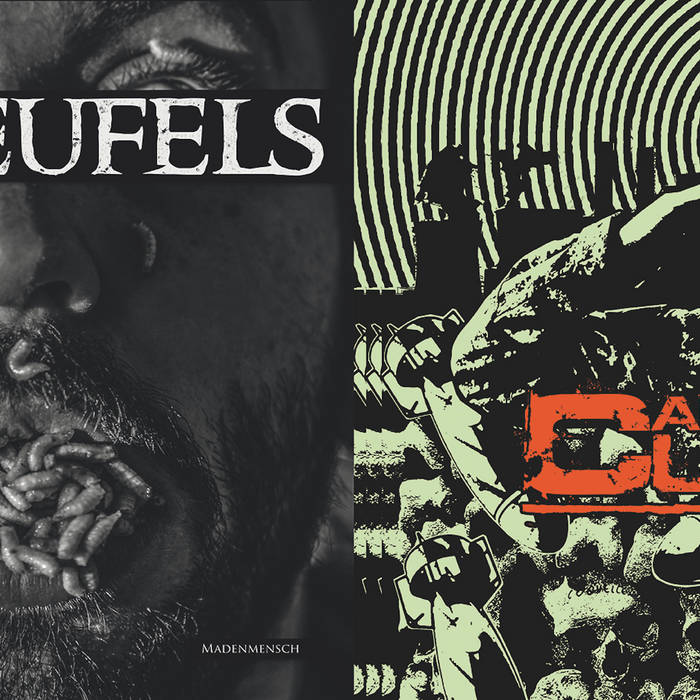 FOR PHYSICAL COPIES GO TO: www.7degrees-records.de/shop


During springtime 2019 these two german bands toured together and so it was just a small step further that they were willing to share this one piece of vinyl that will be brought to you by 7DEGREES RECORDS and MERCILESS RECORDS!


CANCER CLAN was formed in 2005 out of the ashes of CRUDE BE.
They describe their music simply as Blastpunk, but it’s so much more. On a skeleton of Grindcore they add crust, punk, hardcore and even have a weakness for thrashy riffs. In total this becomes a highly energetic, fast as fuck, at times heavy as lead entity of skull-splitting musick!
After releasing a couple of demo CDs and 7"s and touring Europe with the likes of WEEKEND NACHOS and BLOCKHEADS they released their first full lengh in 2015. In 2017 a SPlit 7“ with GOD’S AMERICA followed.
Three new songs and a Deutsch-Punk Classic cover will blast your speakers!


DESTEUFELS – humanoid but bigger … evil, ugly – bowlegged and tremendous … deeply beneath, a greyish black color … coarse, dissonant, loud and fast … the three, praising decay and lunacy as a triumvirate…
DESTEUFELS are a Metalpunk Band that started years ago. What you get is D-Beat-driven classical and classy Stenchcore. At times they rock really hard, on other occasions the thunderous double kickdrum provides the heavyness and the thrown in blastbeats do the rest to make you feel at times like you’re in the UK during the eighties.
Following on several demos, 5 new Songs are pressed on a vinyl record.

For physical copies, the easiest and cheapest way is to contact me here... less fees means smaller prices, more correct individual shippingrates (less than on BC possible)

founded by one keitzer member with the mission to release the keitzer/daskrill7"...got stuck on releasing and distributing vinyl records the DIY-way... ... more